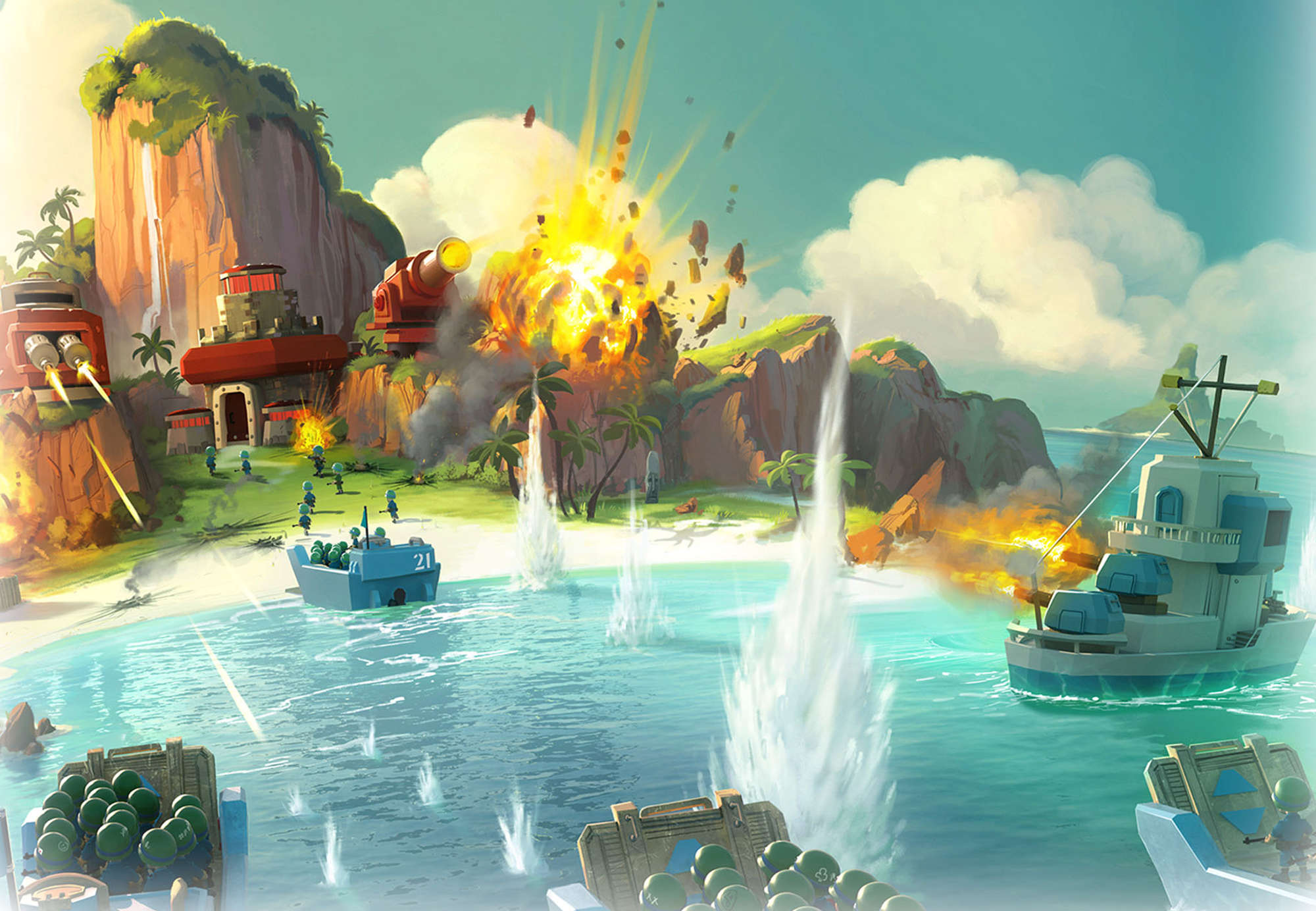 I feel like a way of sending troops to someone else in your task force would be a great addition to the game. It means that you can help your freinds attack during operations faster, so they dont have to wait to build up troops, only to realise that when they have finished, the operation is over. The way it would work is there would be a new option on your hq to request for troops, which would send a request in the chat. Then other people would be able to send a certain amount of troops per person(the max one person could send would be one of their landing crafts.nthis also means you can only send one type of troop at a time). The max you could receive would be the cumulative amount of troops your landing crafts could hold. Once the troops had been received, you would be able to access them by going to the troop loading screen, where there would be a small number next to the troop picture which would say how many of that troop you had in store. When you click on it, an option would come up saying "use troops sent by task force? *use* *cancel*" by clicking use, the landing craft will be filled with that troop. the troop level would change depending on what level your own troops are. So if someone sent me 4 level 5 warriors, but mine were lvl7, the troop lvl would change from 5 to 7. If someone tried to send me medics however, and i had not unlocked them, it would not let them send the medics, as i feel like a level 6 running around with tanks and medics would be a wee bit op

(edited by A Fandom user)
Task ForceFuture UpdatesTroopsOperation
0
KamiOfWind wrote:
And then people send max level scorchers to weak players. CoC is already plagued by abuse of this system.

If we are looking at system where the troops given by Task Force are carried by boat(just like OP reward etc), then they can set a standard that the boat that bring the troops will not exceed the top Boat Lvl of the receiving players HQ lvl. This way the receiving player will never have a overpowered unit that is higher than hisown HQ can produce.

Ok, but still, they can send a boat full of maxed Zookas to someone with level 2 Zookas. People do this in CoC, where I see clans like "Free max level archers" "free wizards"

(edited by KamiOfWind)
0
KamiOfWind wrote:
Ok, but still, they can send a boat full of maxed Zookas to someone with level 2 Zookas. People do this in CoC, where I see clans like "Free max level archers" "free wizards"

I should have added, the troop level would also be downgraded to that of the recieving players level.

Then it would be utterly useless. If it is supposedly meant to speed up operation speeds, it wouldn't. Why? Because the player who trained the troops to send would have to train for the same or longer time!

Another save a couple minutes idea.

(edited by KamiOfWind)
0
KamiOfWind wrote:
Then it would be utterly useless. If it is supposedly meant to speed up operation speeds, it wouldn't. Why? Because the player who trained the troops to send would have to train for the same or longer time!

Another save a couple minutes idea.

Technically, it would not take the same amount of time because, the sender may already have troops, also it would be senders.

Maybe ideas at the start will only save couple of minutes, but thats how it starts.

I would like if u replace troops, the game would take the difference btw the load times....

Agree to above - countless times i cook specific troops for OP atk, then they're ready, and numerous people have already atk'd, and now i need different troops. Either subtract cook times if troops are changed (favorite idea), or allow others to donate troops.

(edited by A Fandom user)
0
Quote:
If i replace 30min warriors for 60min tanks then load time would be 30 min for tanks. Especially for ops bc u load for a specific attk only to have a fellow member attk and u have to change troops again.

Warriors and tanks are only useful on very, very rare base configurations. And you could always have a base note saying "Next attack reserved for **** to do ****" so that you don't get skipped over like that.

What do you think?