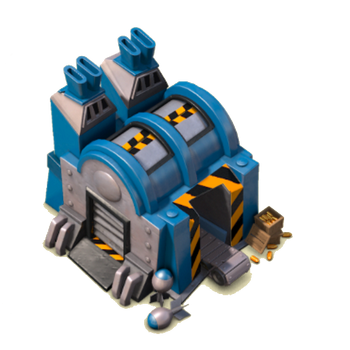 "Develop an elite fighting force at the Armory! You can upgrade your troops' and Gunboat's equipment, and increase the power of your mines."

Retrieved from "https://boombeach.fandom.com/wiki/Armory?oldid=176141"
Community content is available under CC-BY-SA unless otherwise noted.