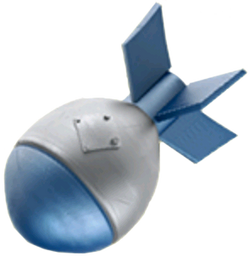 "Your Gunboat fires a high-explosive cannon shell that damages enemy buildings. Be careful not to hit your own troops!"

Retrieved from "https://boombeach.fandom.com/wiki/Artillery?oldid=180677"
Community content is available under CC-BY-SA unless otherwise noted.