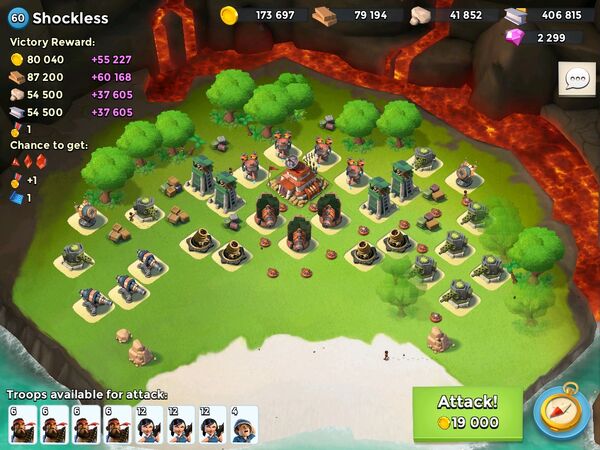 Walkthrough: Destroy as many Boom Cannons as possible using Artillery and Barrage. Deploy your Troops on the right side of the beach. If you have enough Gunboat Energy, Shock the Shock Launcher and Sniper Towers. Use Medkits whenever necessary. Let your Troops destroy all the Defenses and then the Headquarters.

Retrieved from "https://boombeach.fandom.com/wiki/Base:Shockless?oldid=174959"
Community content is available under CC-BY-SA unless otherwise noted.