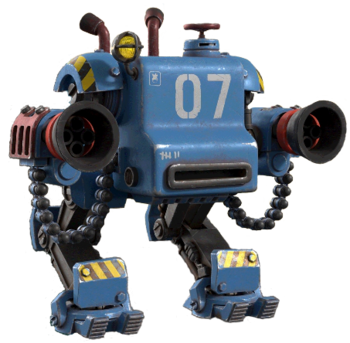 "The Mech is a lean, mean fighting machine! He takes up a lot of space, but he can also take a lot of damage."

Retrieved from "https://boombeach.fandom.com/wiki/Mech?oldid=181133"
Community content is available under CC-BY-SA unless otherwise noted.