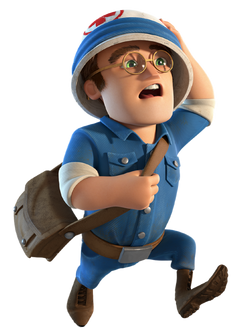 "I'm here to save lives! With my support, our soldiers can stay in the fight when the going gets hot."

Retrieved from "https://boombeach.fandom.com/wiki/Medic?oldid=181041"
Community content is available under CC-BY-SA unless otherwise noted.