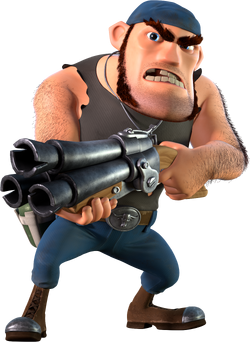 "It's not quite clear why Private Bullit has never been promoted, but it might have something to do with his attitude."

Similar to Gunboat Weaponry, Hero Abilities can be used during battle at the cost of Gunboat energy. Your hero can only have one ability active in a battle. The ability can be fired more than once, but the energy cost increases each time. The following are the three abilities available to Pvt. Bullit. Click one to read more about it.