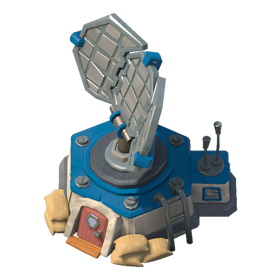 "Upgrading the Radar allows you to explore more of the archipelago."