Not to be confused with Warships#Ranks, the ranking system used in Warships. 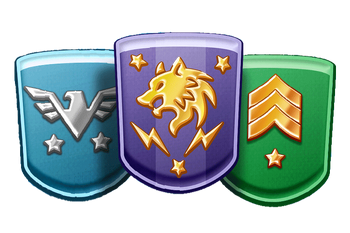 "Winning Victory Points will earn you promotions to higher ranks!"

Retrieved from "https://boombeach.fandom.com/wiki/Rank?oldid=181055"
Community content is available under CC-BY-SA unless otherwise noted.