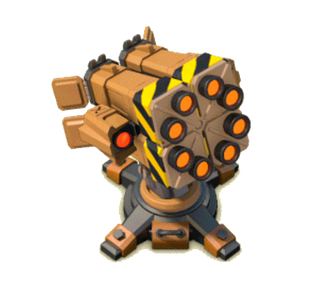 "The Rocket Launcher is a long distance artillery piece. It fires a salvo of rockets, followed by a significant reload time."

Input total Statue bonuses to modify the statistics in the table below accordingly
Retrieved from "https://boombeach.fandom.com/wiki/Rocket_Launcher?oldid=179311"
Community content is available under CC-BY-SA unless otherwise noted.