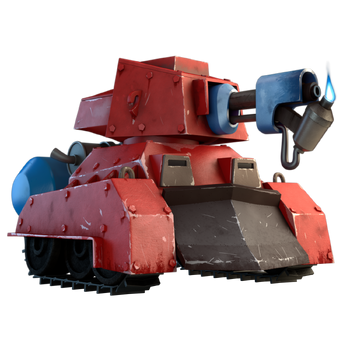 ^ After a Scorcher has been attacking a building for a total of 2.5 seconds, the building catches fire and begins to burn which does additional damage aside from the Scorcher's Standard DPS. This is why the DPS displayed in-game is approximated.

* Buildings that the Scorcher hit continue to burn for 5 seconds after the Scorcher stops firing at them. The "Residual Burn Damage" column is the total damage that the building takes during those 5 seconds while a Scorcher is not actively attacking it.