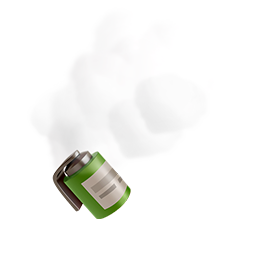 "Hide your troops on the battlefield with Smoke Screen. Enemies won't be able to shoot at troops inside the smoke, but the troops inside can't shoot either."

Add a photo to this gallery
Retrieved from "https://boombeach.fandom.com/wiki/Smoke_Screen?oldid=181155"
Community content is available under CC-BY-SA unless otherwise noted.