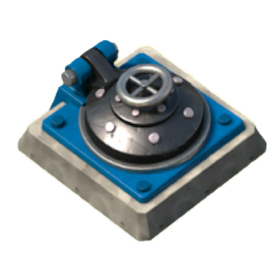 "The Vault stores gold and wood, as well as stone and iron when upgraded. The enemy cannot steal resources stored inside the vault. The Vault also protects xx% (depending on your Vault level) of resources in Storages and Resource Production buildings on your home island."

Input total Statue bonus to modify the statistics in the table below accordingly
Building Health+%ApplyReset
Retrieved from "https://boombeach.fandom.com/wiki/Vault?oldid=177163"
Community content is available under CC-BY-SA unless otherwise noted.