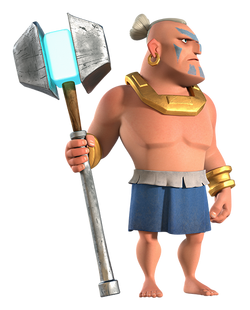 "We're a warrior tribe of many strong men! Let us join your fight against the invaders."